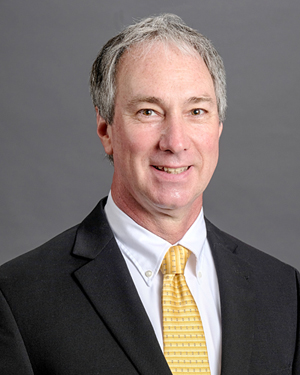 Many times, when students leave for college and graduate, they hesitate to return to Washington County. Many of them leave to explore big cities or to chase after career aspirations, or they might get married and raise their family elsewhere. But, fortunately for Salem, this was not the case with Danny Habermel. While Dan is known to many as the local pharmacist, there is more to him than most people see from their visits to the store.

Danny Habermel was born on May 28, 1961 to Frank and Ovada (McFelea) Habermel, in Salem, Indiana. Although his mother was originally from Milltown in Harrison County, his father was raised locally in Washington County. Danny had three siblings, Vivian, Patty and Frank; however, he was only able to grow up with one, as his brother passed away when Danny was very young.

Danny lived in Salem for just a few years after he was born before his family moved. Around the age of two, the family made a new home just outside of Washington County, in Palmyra. Danny would soon find out that this was not the only transition he would make throughout his childhood!

Thinking back, he commented, “I went to five different schools and still lived in the same house!” Up until his freshman year of high school, Danny went to several schools in Harrison County. But, in ninth grade, he decided to attend a seminary, the Latin School of Indianapolis. He said, “There were 84 students in my class. I stayed there Sunday through Friday, and came home on the weekends.” When the school shut its doors during Danny’s junior year, he returned to southern Indiana to finish high school at Providence in Clarksville. “When I was at the seminary, I lived in downtown Indy. But I didn’t like the city, so I came home to finish high school,” he remarked.

His distaste for the city was not surprising considering the hobbies that he enjoyed as a child. Growing up in the country, Danny remembered spending a lot of his time outside. He said, “As a kid, I fished and shot. I liked to shoot a lot.”
What is surprising, though, is that one of his greatest mentors and role models during childhood had quite a different taste! Danny said that his Uncle Clem Habermel, who lived in Evansville, was one of the most influential people in his life. He laughed, “Uncle Clem wasn’t much of an outdoorsman; he was a city person. But he taught me manners – yes sir, no sir. Respect.” Danny said that his uncle frequently quoted to him clichés that he tried to practice in his life. A favorite, he remembered, was “Pick one thing and be the best at it.” To which Danny rebutted, “But I’m still a jack of all trades, master of none.”

As Danny grew out of childhood and into young adulthood, he began to discover what he wanted to do. He began his collegiate career at Indiana University Southeast in New Albany, not far from home. There, he spent a year covering his general requirements as a pre-pharmacy major. But much like his earlier education, he didn’t stay in one spot for long! He transferred to Purdue University in West Lafayette, IN to begin the five year program to obtain a degree in pharmaceuticals.
Danny said, “Going from IUS to Purdue was like going from a moped to a crotch rocket! IUS was local competition in the academic arena; Purdue was worldwide competition. You actually had to study a lot.” Danny met the challenge head on, though, putting his love for Chemistry and Biology into action. He graduated from Purdue on May 11, 1984.

Little did he know, this joyous evening would soon turn into one that would change his life forever. On May 12, Danny awoke in a bed at Jewish Hospital in Louisville, Kentucky. Late the night before, he was involved in a terrible car accident that left him with a broken back. “I spent about six weeks in Jewish,” he commented. He was released from the hospital just three days before he was to take his state boards for his pharmaceutical license. Despite his mother’s pleas, Danny decided to take the boards anyways. “I took the boards in a wheelchair,” he said, “and I was heavily sedated on narcotics. It was a three day test that lasted for about eight hours each day.”

Given the circumstances, Danny was not expecting to succeed on the first try. But, much to his surprise, when the results came back in August, he passed! “I don’t know how I did it,” he said.
His career began at Otto Drugs in New Salisbury, where he worked for two years. But, yet again, his wandering spirit caused him to relocate to Bloomington, where he was employed by Hooks Drugs for just a short period of time.

One day, Charlie, the owner of Otto’s, called Danny up and said, “I’ll give you a store if you come back to work for me.” So, at a ripe twenty-five years of age, Danny returned to the New Albany area and began managing a 10,000 square foot store on Grant Line Road.

Not long after, Charlie received news that he had cancer. Shortly after his passing, Danny decided to move from the retail side of pharmacy to the hospital atmosphere. He was part of the team at Jewish Hospital for about five years. He said of the experience, “I had to retrain my mind to think about who my customers were.” He was no longer working with the general public, but with doctors and nurses. He said that he liked Jewish Hospital a lot, and working there was “just as good as pharmacy school was.”

Although Danny loved his position at the hospital, the intensity was beginning to wear on him. “It was seven days on, seven days off,” he remarked, “and 70 hours in a week was not easy.” So, when a friend told him that the pharmacy in Salem, where he was born, was up for sale, he immediately knew what he was going to do. “We were rabbit hunting in Lanesville when I said I was going to buy the store,” Danny reminisced. He said that he liked the town of Salem and already knew a lot of people there, so it was an easy decision to make.

Danny became the owner of the local pharmacy in May of 1993.

Around the time he began working at Jewish, Danny was married to Mary in 1987. He became a father for the first time a few years later to his son, Darin, who was born on August 16, 1990. Just months after he purchased the store, his daughter, Morgan, came into his life on September 5, 1993.

Although Danny and Mary were divorced in 1999, he always strived to remind his children that he loved them. He said, “I tell them I love them all the time. My family wasn’t raised that way… I don’t know what was different. But I think it’s important.”
Additionally, Danny said that he wanted his children to always “honor God and keep Jesus Christ as their Lord and Savior.” While he was not always outwardly exuberant about his own faith, Danny always had what he considers “silent faith.” He said, “I try to share my faith by showing brotherly love. In that way, the store has always been my ministry. I greet people with a smile and good cheer, and get them on their way promptly.”

Anyone who has been in DanMar Pharmacy can attest to this fact. Danny said, “I treat every person the same, with respect and dignity. That is what built my business.” He laughed as he added, “When I first started, I was young and acted like every old lady was my grandmother.” Later in life, he treated them as he would his own mother, whom he considers the most influential person in his life. “She has worked in my store with me every day since 1994,” he said. She has always been a reflection of Christian values to those around her, and a “rock to many people.”

While the store was a huge part of his life, Danny said there is more to him than the “anal-retentive perfectionist” that his co-workers see in the pharmacy. Outside of work, he enjoyed some more relaxed activities.

He was part of the Air Board in Salem for many years. He always enjoyed motors and the like since he was a boy, and had been flying since the 80s. He said that being on the board was sometimes time-consuming, but it connected him with the people in his community.

In addition to flying, he said that he still enjoyed shooting. He had a range out on the farm property that he owned on Martinsburg Road. He also could be seen winding down the country roads of Washington County one of his motorcycles, taking in the scenery.

But there is more to love than just the beautiful landscapes, according to Danny. He said that his friend on the air board, Jason Cockrell, said it best. The thing that makes Washington County so special is that “You are living with like-minded people.” Danny said, in Washington County “we think alike, we have the same principles and morals,” and for that, “It’s a great place for me to live.”

Despite having lived in many places throughout Indiana, Danny ultimately returned back to Salem and used his talents and skills to benefit the community. He also chose to give back to the people of Washington County by establishing a Touch Tomorrow fund with the Washington County Community Foundation. Because of his generosity, he will be able to see his hopes of growth accomplished as the funds are used for good, forever, in Washington County.