More Than Just a Playground
The Story of Riley's Place 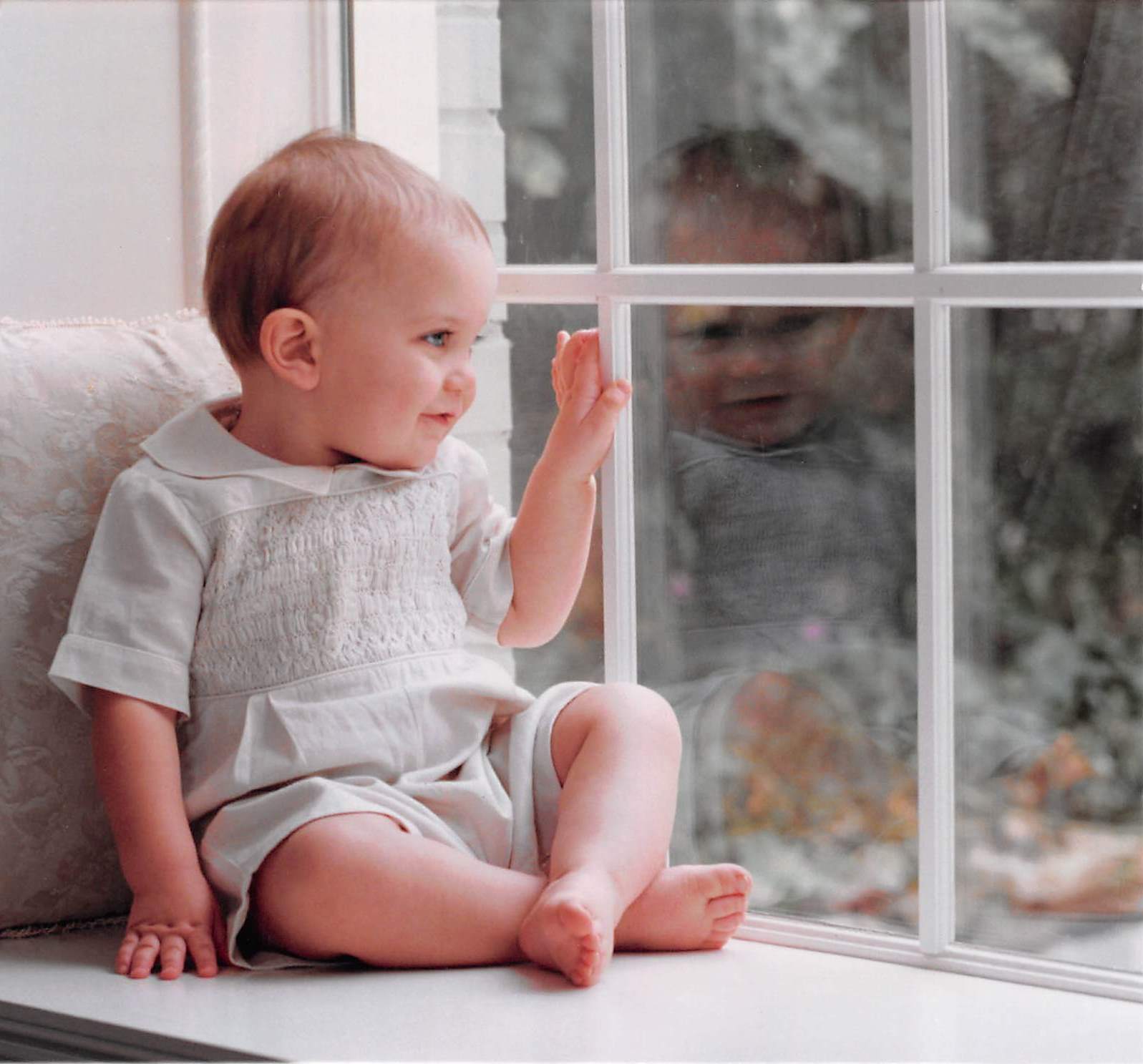 The way that people respond when faced with unexpected adversity always paints the true portrait of their character. In 1999, Wade and Jennifer Tomlinson faced what many parents would consider the ultimate test of character and faith.

Their son, Riley, was born on November 19, 1997. As he grew, many of Riley's happiest moments were spent playing outside. Once, on a family trip to Brentwood, Tennessee, his parents took Riley to a local park to play. His mother said, "It was the most amazing playground! Like nothing I had ever seen." She recalls the special memories of Riley laughing and playing on the slides and swings, full of joy. "He had a full blown 911 fit when we had to leave the playground!" Jennifer said with a smile.

Not long after they were made, these beautiful memories became some of the most cherished. In May of 1999, Wade and Jennifer faced the loss of their sweet boy, Riley. At an innocent 17 months old, he passed away in a tragic accident that could have never been anticipated.

In the many long months to come, the Tomlinson's fought a fight at which most people would have undoubtedly waved their white flag and said, "I surrender. I give up." It is often thought impossible to stand firm in ones' faith when experiencing such brokenness and loss  but, with great courage, Wade and Jennifer did just that.

In the months that followed Riley's passing, funds came in from multiple sources to help cover expenses. But because of the immense generosity of organizations and individuals, Jennifer said that support was just overflowing. After tucking the funds away for a while, she and Wade decided that they wanted to do something worthwhile with the money. As they thought about what they could do in memory of Riley, there was one idea that kept resonating in their minds: a playground. Jennifer said, "There are always scholarships and other things like that, but Riley was just a 17 month old kid who liked to play. We didn't have a playground, so this just seemed fitting."

And so began the story of Washington County's treasured "Riley's Place."

After doing some research, Jennifer found the team behind the dream playground that Riley fell in love with in Tennessee. Much to her surprise, the "team" that built it was much larger than expected; it was, in fact, an entire community! The contractor responsible for developing the project was Leathers and Associates, located in Ithaca, New York. After talking with them, she hosted the first meeting around November of 2000. They knew the playground was going to be a lot of work, and so this "was to see if anyone would be interested" in getting involved, remarked Jennifer.

Of course, the day of the meeting was also the first major snow of the winter season. Jennifer remembered, "It was slick!" But, despite the weather, she loaded up and went to the meeting. When she arrived, she was overwhelmed with the support that greeted her. "There were about 35 or 40 people that showed up," through the cold and snow and all of it. In order to get the project started, they needed to have "heads" for about 12 different committees. To her surprise and excitement, they were able to fill all the heads that night.

After that, the next several months were a whirlwind of planning and preparing for the build. In order to make the playground a dream come true, Leathers and Associates came to Salem and took a visit to Bradie Shrum Elementary. They talked with the kids about what their dream playground would be like. Would it have lots of slides? A tire swing? Would it look like a castle? After talking to the kids, they decided to take it just one step further. Jennifer said, "We took them around the county to see the scenic sights, like the Courthouse and Beck's Mill." After seeing all of the treasured assets of Washington County, the designers also incorporated those within the park's theme.

It didn't take long for them to draw up the sketch and give Jennifer and Wade the costs. Once that was done, everyone involved began fundraising. Just as usual, the community came together to get it done! "We had the playground funded before we ever began building it," Jennifer commented. From then on, it was full steam ahead!

All the way throughout the process, the Leathers team was scheduled to arrive on September 11, 2001 to begin the build; however, the weekend before that, Jennifer was told they would be arriving just one day earlier. "We were scrambling to get everything done" on time, she remembered. But, the team pulled it all together, and the build started as scheduled, on September 10th.

Then, on the second day of the build, things were taken to an entirely new level. Jennifer recalls being at the site working when, suddenly, everyone found out about the attack on the Twin Towers in New York City. "Of course, I remember exactly where I was," she said, thoughtfully.

From that moment on, the community came together in an even greater way than before. "People were just swarming to do something. It was just a time when America did something," she said. There were multiple shifts going throughout the days that needed at least 50 people involved  and that number was always greatly surpassed. At the time, there were people working at a local factory from out of town. They came after work and helped with the project. There were volunteers from Louisville, New Albany, Indianapolis and elsewhere coming to help, and people from all walks of life. It was this great variety that made the playground so wonderfully unique. "The guys from Leathers said that our playground had a skill-level like no other. All the attention to detail and wood-working" was simply breathtaking. Because of beautiful display of teamwork and community, the playground was finished in record time, taking only seven days to complete!

Looking back on the process from start to finish, Wade and Jennifer and their family have hearts full of gratitude and awe. During what was the toughest time of their life, the love, compassion, and support that they experienced from Washington County helped build their faith and give them strength. Now, through the playground, the memory of their sweet Riley will live on forever, touching the lives of all the children and families that make their own precious memories at the park, just as they did.

Wade and Jennifer have been happily married since 1993, just a few years after they met at Lipscomb University in Nashville, Tennessee. They now have two beautiful daughters; Hope, who was born in 2001, and Macie, who was born in 2003. Their family is part of Southern Hills Church in Salem. They are also local business owners and are active in community efforts and causes as often as they can be.

With the extra money that was raised through fundraisers and donations, the Tomlinson's set up a fund with the Washington County Community Foundation. The fund will provide perpetual support to Riley's Place to help with maintenance and upkeep, such as mulch and re-staining the woodwork. While the fund will help the memories of Riley Tomlinson to live on forever, it also serves as a beautiful reminder of the immense courage, strength, and faith of two incredible parents, a strong family, and compassionate forever-friends.