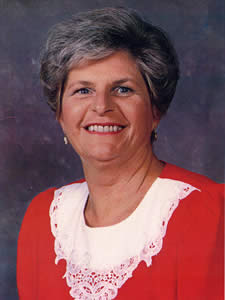 Wonderful things can happen at the bowling alley, just ask Paul Scifres. He met his wife, Jinny, at the bowling alley. She was a junior in high school and he was a sophomore in college at the time. Jinny was at the bowling alley with her father, celebrating 200 games that she had bowled. After several months and much coaxing from his friends, Paul asked Jinny out for a date. And so began a beautiful relationship.

Paul was born in Scottsburg, Indiana on January 8, 1939 to Joseph and Irene Scifres. Paul grew up on his family’s farm in Little York where he remembers working six days a week. Upon graduating from Salem High School he went to Purdue University where he graduated with a degree in Math Education. He would later go to IU to get his Masters in Administration and then on to get his EdS. After graduating from Purdue, Paul taught math at Salem High School for nine years and then moved to Assistant Principal and Athletic Director which he did for eighteen years. He had the opportunity to go back to the classroom and teach for another nine years before retiring.

Jinny was born on August 17, 1942 in Salem to Tom and Louise (Evans) Tiedt. She grew up across the street from Dr. Apple’s office, a place that would one day help her to realize her calling to the nursing profession.

Jinny and Paul dated for three and a half years. They were married on April 20, 1962. They had two children, Tom and Stephanie. Tom is an attorney in Salem and Stephanie runs the Women Group Home in town.

A Touch Tomorrow Fund has been started in Paul’s name and will go to helping the community in whatever future needs arise. Jinny’s unique pathway into the medical field led to a scholarship fund in her memory being established by her family.

Jinny started working at the bank as a teller, and stayed there for six and one half years, during which time she had received several promotions. However, she did not feel satisfied with the type of work that she was doing. So, when an opportunity in the billing area at Dr. Ed Apple’s office became available, Jinny jumped at the chance. She enjoyed her job as a billing clerk, but was constantly filled with a desire to work with the patients. After much cajoling, Dr. Apple did agree to train her for some basic patient care procedures, so that Jinny could help to fill in when the office nurse was gone, but she was always overcome with disappointment when she had to return to the billings. "I loved every minute of it," Jinny once commented. " I even loved the patients who smelled bad and the ones who were chronic complainers. I loved them all!"

After enjoying several experiences of helping Dr. Apple with his patients, Jinny finally made the tough decision to go back to school and become a registered nurse, even though she had two small children at home. "She would put the kids to bed at nine o’clock and then study until one in the morning," remembered Paul. "She studied a lot and also maintained the house and took care of the kids and worked 30-40 hours per week for Dr. Apple. She was determined to be a nurse."

"I remember her crying if she felt she didn’t do well on an exam," remembered Tom, her son. "She wanted to be a nurse more than anything."

Jinny’s work ethic was noticed by her children. "I remember the struggle of going to college to do what she wanted to do," recalled Tom. "She was always in the role of ‘Super-Mom’, balancing school, work and kids. I remember playing outside and then she would have to leave for school. I was her "study buddy" and by the time I was 6 or 7 I knew most of the human bones and organs. I also used to make sketches from her anatomy books. I think some of those pictures worried my grandparents when they were a little too detailed!"

A few years before her death, Jinny spoke to a group at her church. In that talk, she shared the following, "During the time I was going to school and holding a 30-40 hour a week job and being a wife and mother of two, you know I did not do that alone. My husband, Paul, was a big help and supporter. Thanks, Paul, I couldn’t have done it without you. But my main strength and perseverance came from God. I think that during those three years God got awfully tired of hearing from me so many times a day, but He did, anyway. I prayed a lot, some days all the way to school and back, that I would pass the test or that I would be able to do the right thing for my patients that day. It was at that time that I realized God had called me to my vocation of nursing and that this was what I was to do with my life."

After three years of hard work and dedication, Jinny graduated with an Associate of Arts degree and passed the State Boards with flying colors. She started working at Washington County Memorial Hospital. "Jinny loved working at the hospital," stated Paul. "She believed in the hospital and loved the challenge of the ER."

After her first year of employment at the hospital, Jinny became a Charge Nurse. She was an ER Supervisor for eleven years and during the last fourteen years of her employment, she was the Director of Patient Care Services. During this time, she also went back to school and eventually earned a Bachelor of Science degree in Professional Arts at St. Joseph’s College.

Jinny died in the fall of 2000, after bravely battling bone cancer. "At the funeral home, several former patients told me that even after she became Director of Nurses, she would still make rounds just to be sure that everyone was well cared for," recalled Tom. "They knew she didn’t have to do it. She was a very good listener. That made her a good nurse. My mom left a lasting impression of caring with a lot of people."

"Many people will remember her for that," stated Paul. "To them it was very significant. To Jinny, it was the natural thing to do. She was able to show people that she really cared. That is the way she was raised."

After her death, Dr. Apple, Paul and Tom each came up with the idea to start a scholarship fund in Jinny’s memory. "Those memories of Mom’s struggle gave me the idea," explained Tom. "If somebody out there feels called to be a nurse after starting another career, a family, or both, we want to provide them all the encouragement we can. People in that situation often have a better idea of what they want to do, but they are reluctant because of their position in life. We want them to know that they are not alone and that they should go for it."

The Jinny Scifres Memorial Fund with the Washington County Community Foundation will provide annual scholarships to individuals who, like Jinny, wish to return to school to study nursing. Dr. Apple, Paul and Tom hope that Jinny’s example will inspire many others in the years to come to aspire to the call of nursing. "I truly believe that nursing is one of the noblest professions," stated Tom. "We want Mom’s story and example to help others achieve what she did." As Jinny once stated, "My vocation in nursing has been rewarding. I appreciate the opportunity to help others in many ways, not only with a pill or treatment of the moment, but to minister to their spiritual and emotional needs when they are frightened of the surgery they face or the outcome of a loved one’s chest pain or diagnostic test. I feel blessed to be able to answer a Code Blue even though I do not really do much clinically anymore, but I do help the family who is awaiting the outcome of their loved one’s cardiac or respiratory arrest. I am able to minister to them through keeping them updated on the what is happening. With God’s help, I can make a difference and that is what I try to do."