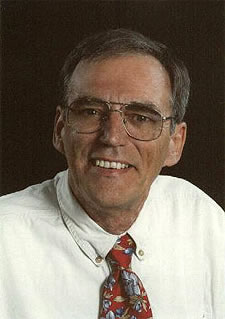 Kenneth William Collins was a friend and teacher to all students who walked the halls of Eastern High School.  He loved teaching and did his best to see that each student was able to succeed.  While in the school halls, Ken told everyone to smile, whether they were in his class or not.   Ken touched many, many lives.  Because of Ken’s warm personality and genuine care and concern for others, a scholarship fund in Ken’s memory has been established. This scholarship fund will provide financial assistance to Eastern alumni or graduating seniors who are pursuing post-secondary education with preference being given to vocational education.

Ken was born in Fressingfield, England on May 1, 1945.  He was the only child of Brenda Elizabeth and William Collins.  Ken’s mother was British and his father was a US WWII soldier from Indianapolis.  Ken came to the United States on the Queen Mary when he was two years old.   Upon arriving in Indianapolis, Ken and his mother found that Ken’s father was in a Veteran’s mental hospital, where he would spend most of his life.  Ken was raised by his mother and step-father, James Orcutt.  When Ken was in fifth grade, his mother sent him back to England to live with his grandparents and his cousin.  Ken quickly grew to love the beauty of the English countryside and the properly made cup of tea, and he enjoyed going back to visit when he could.  He was able to return to England each September after his retirement.

Ken attended Southport High School two years and graduated from Manual High School in 1963.  After graduation, Ken wanted to become an engineer.  He attended Purdue University the following fall.  He switched majors while there, deciding to become a teacher in Industrial Technology.  He graduated from Purdue University in 1968 and accepted his first teaching position at Pendleton Heights High School in Pendleton, Indiana.  Ken taught there for six years while attending Ball State University, where he earned his Master’s Degree.

While at Purdue, Ken joined a “cooperative” and it was at a cooperative exchange party that he met Ramona Summers from Salem.  They were married on December 28, 1969.  They lived in Pendleton for the first six years of their marriage.  During this time, they were blessed with the births of their children, Barbara Ann and Mark James.

In 1975 the family moved to Salem and Ken became the Industrial Technology teacher at East Washington High School and Middle School.  “He made a special effort to notice how students and his co-workers were doing.  He was a mentor, friend, and counselor to his students and he always tried to attend graduations to see his students leave school and enter the world.  He hoped that his influence would make a difference in their lives,” stated Ramona Collins, Ken’s wife.  Ken retired in 2004 after teaching 36 years.
Ken loved small town and community life compared to city life.  He fit right in, putting up hay, milking cows, and doing a bit of farming on the side.  Country life agreed with him.  Ken and Ramona believed that the small town atmosphere was a wonderful place to raise children.  Ken could fit in anywhere with his warm smile and his dry wit which put everyone at ease.  Ken was light hearted and yet serious.

Ken and Maurice Godfrey started a small business, Collins Small Engines, in 1982.  Growing this business, teaching and farming kept Ken busy.  Even after retiring, Ken worked for his brother-in-law, Steven Summers, and for Joe Zink at Cycle Tech.  He was never still for a minute.  He felt that there were always things to do and things to learn.  Ken wanted to restore a TR-6 sports car and was in the process of working on it when he became ill.

“Dad could do anything he set his mind to” recalled Mark, his son.  “He was good at drafting, woodworking, auto body repair, painting cars and repairing small engines.  He was an engineer, a mechanic, a builder, a craftsman and a teacher and he was my best friend.”

“He even did the landscaping around our house.  We remodeled a few times and Ken built our brick patio, and a stone wall.  Ken didn’t waste much time on the theoretical but rather valued hands-on learning.  He was honest, and compassionate.  He had a kind heart and a loving spirit and he always counted his blessings,” recalled Ramona.  Ken never complained even in the adversity of the illness of amyotrophic lateral sclerosis (ALS), better known as Lou Gehrig’s disease.  He lost his battle with this disease February 6, 2007.

Barbara, Ken’s daughter, remembers some of his words of wisdom.  “Smile, it makes others wonder what you’ve been up to”, and “Be careful” and he really meant it! And “You can do anything if you set your mind to it.”  His advice to others was to “pick a point between work and home and make that the transition point where you change your thoughts from one role to the other.”

Church life was important to Ken and his family.  He raised his children in a good Christian atmosphere.  Ken filled many roles in the church and was always ready to help others.  He loved to work the sound system at Mt. Tabor Christian Church.  “Ken worked hard to make other people successful.  He was quite content to be the person in the background and he did not want any credit or recognition for himself.  Even if you try real hard, you’ll have trouble remembering a sermon you’ve heard, but you won’t have any trouble remembering the sermon which Ken preached with his life,” commented Pastor Ross Logan.  That sounds a lot like teaching.  The greatest honor for a teacher is to have a student excel and surpass them.

Ken spent his life educating our youth.  He spent countless hours preparing our students to be better citizens and to have a good work ethic.  And now through the Kenneth W. Collins Scholarship Fund he can continue this important work.  Ken would be honored to be remembered by an Eastern alumni or graduating senior who is pursuing a vocational trade or going on to college.  What an incredible way for a teacher to continue the mission of teaching.