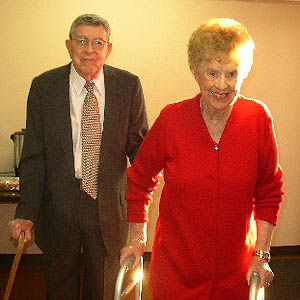 John was a graduate of Salem High School in the Class of 1935.

John will always be remembered as a good and fair person by each and everyone that knew him.  “He had such compassion for each person he dealt with, whether it was a customer or an employee of the bank,” remembered Jeanette Nolan.  “I think it would be safe to say that we all learned a lot of valuable lessons from John during our different tenures at the bank.  Because of all the fond memories we share of John, the former employees of the State Bank of Salem are honoring him with a Touch Tomorrow Fund at the Washington County Community Foundation.”